Although the hit Netflix series “Orange Is the New Black” has captivated the country’s attention and created tremendous awareness of the plight of women in prison, most discussions about mass incarceration focus on men. This is perhaps understandable given that the American prison population is 93 percent male. But women constitute the fastest-growing group within prisons and jails—with over 160,000 women behind bars at any given time. In comparison to other countries, the U.S. houses 30 percent of the world’s female prisoners despite only having five percent of the world’s population, and the U.S. incarcerates women at a higher rate than most countries lock up their men. Moreover, women bear the brunt of the costs, consequences, and suffering for the millions of incarcerated men—who are their sons, brothers, and fathers.

This panel event featured four remarkable women who addressed the crisis of mass incarceration from a female perspective, based on their personal experiences.

Amy Ralston Povah is an accomplished filmmaker, writer, speaker, and activist.  Her efforts have focused primarily on issues related to executive clemency, criminal justice reform, conspiracy laws, women in prison, and the drug war. Amy served 9 years of a 24-year sentence for “conspiracy” in an MDMA case. Amy’s case was featured in Glamour Magazine, Court TV, and other news outlets, thereby igniting public outcry for a sentence commutation, which President Clinton granted on July 7, 2000. Post-incarceration, Amy started the CAN-DO Foundation in 2004 to educate the public about the conspiracy law and advocate for clemency applicants. Amy has worked with the media to garner exposure for numerous prisoners seeking justice through clemency, and she has been quoted in almost every major media publication. 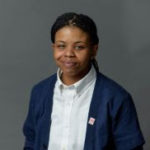 Brittney Floyd works at the Department of Human Services as a Social Service Representative, where she helps develop new systems to better assist DC agencies and benefit constituents. Brittney was arrested in her senior year in high school as part of a conspiracy charge against her father, and she pled guilty to a felony in a joint plea in order to prevent her father from being sentenced to life in prison. She was released to Fairview Halfway House and forced to face the collateral consequences of a criminal conviction. Brittney is one of the most sought-after millennial leaders in DC and she speaks candidly about what it will take to reform justice for women and girls. 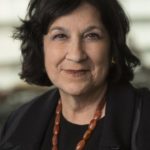 Evie Litwok is the Founder and Director of Witness to Mass Incarceration (WMI). WMI is a story-telling and organizing archive project that documents the stories and experience of formerly incarcerated women and LGBTQ people. WMI is committed to training formerly incarcerated people to become leaders in criminal justice reform. Litwok herself walked out of prison homeless and penniless, but she has become a powerful advocate for reform. WMI is a part of the National LGBT/HIV Criminal Justice Working Group, and Litwok meets regularly with the Bureau of Prisons officials to talk about the increasing safety and dignity for LGBTQ prisoners. Is also a respected speaker on the subject of criminal justice, and her articles have been published in numerous outlets. 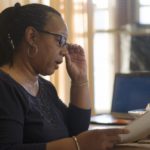 Karen Garrison is the proud mother of Lawrence and Lamont Garrison, who were incarcerated under the Mandatory Minimum Sentencing Guidelines. For the past 18.5 years, she has attended and participated in events to publicize the effects of the War on Drugs. Karen co-hosts the MommieActivist and Sons radio show, which seeks to update and assist prisoners and their families.  Karen has spoken about her story at universities, churches, and rallies across the country. She has lobbied elected officials to reform mandatory minimum laws and sentencing guidelines. She has also spoken at the United Nations about mass incarceration, over-criminalization, and discrimination in the criminal justice system.  And her story and message have been covered extensively in the national and international media.