After four decades of increasing punitiveness and sky-rocketing levels of imprisonment, American incarceration rates have declined in many states over the past five years. In fact, a bipartisan consensus has emerged in favor of major criminal justice reforms that would reduce mass incarceration much further. The original spark for this coalition of “unlikely bedfellows” has come from a group of conservative leaders who emphasize a variety of different factors, ranging from economic (cutting state expenditures) to libertarian (supporting freedom) to religious (embracing redemption and second chances). Although the 2016 presidential election temporarily halted this movement’s momentum, the coalition has reemerged recently and seems prepared to make progress in 2018. Indeed, in his State of the Union address, event President Trump spoke in favor of reform, stating that “We will embark on reforming our prisons to help former inmates who have served their time get a second chance.”

This important panel will address the potential for this bipartisan coalition to reemerge by focusing on the conservative case for criminal justice reform. It will consist of five speakers who have been very active and prominent in the conservative conversation, and who are national leaders in advocating for lasting change.

Grover Norquist is President of Americans for Tax Reform (ATR), a taxpayer advocacy group he founded in 1985 at President Reagan’s request. ATR works to limit the size and cost of government and opposes higher taxes at the federal, state, and local levels and supports tax reform that moves towards taxing consumed income one time at one rate. Norquist also contributes to the push towards criminal justice reform at the state and federal levels, and he has testified in support of reform in many states. His contributions on this topic include articles in the Wall Street Journal and Huffington Post, as well as speaking at the Justice Reinvestment National Summit in 2014. 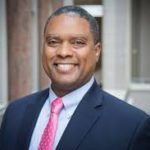 Gerard Robinson is the Executive Director of the Center for Advancing Opportunity (CAO), a research and education initiative created by a partnership with the Thurgood Marshall College Fund, the Charles Koch Foundation, and Koch Industries. CAO supports faculty and students at Historically Black Colleges and Universities (HBCUs) and other postsecondary institutions to develop research-based solutions to the most pressing education, criminal justice, and entrepreneurship issues in fragile communities throughout the United States. Prior to CAO, Robinson worked as a resident fellow at the American Enterprise Institute (AEI), and before that he served as Secretary of Education in Virginia and Commissioner for Education in Florida. 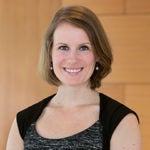 Marc Levin is the Vice President of Criminal Justice Policy at the Texas Public Policy Foundation and Right on Crime. Based in Austin, Levin launched TPPF’s criminal justice work in 2005 and developed the concept for its Right on Crime initiative in 2010. An attorney and an accomplished author on legal and public policy issues, Levin has testified before Congress on several occasions and before numerous state legislatures. In 2014, he was named to the “Politico 50” list highlighting the top doers and influences in public policy. Levin’s articles have been featured in national and international media outlets that regularly turn to him for conservative analysis of states’ criminal justice challenges. 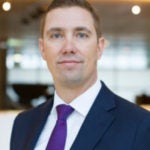 Shon Hopwood is Associate Professor of Law at the Georgetown University Law Center. His unusual legal journey, which was recently featured on 60 Minutes, began when he was incarcerated in a federal prison and wrote two petitions for certiorari that were granted by the U.S. Supreme Court. Hopwood’s research and teaching interests include criminal law and procedure, civil rights, and the constitutional rights of prisoners. He served as a law clerk for Judge Janice Rogers Brown of the U.S. Court of Appeals for the District of Columbia Circuit. Hopwood speaks regularly to both liberal and conservative audiences, and he has been included in recent West Wing meetings about criminal justice reform.